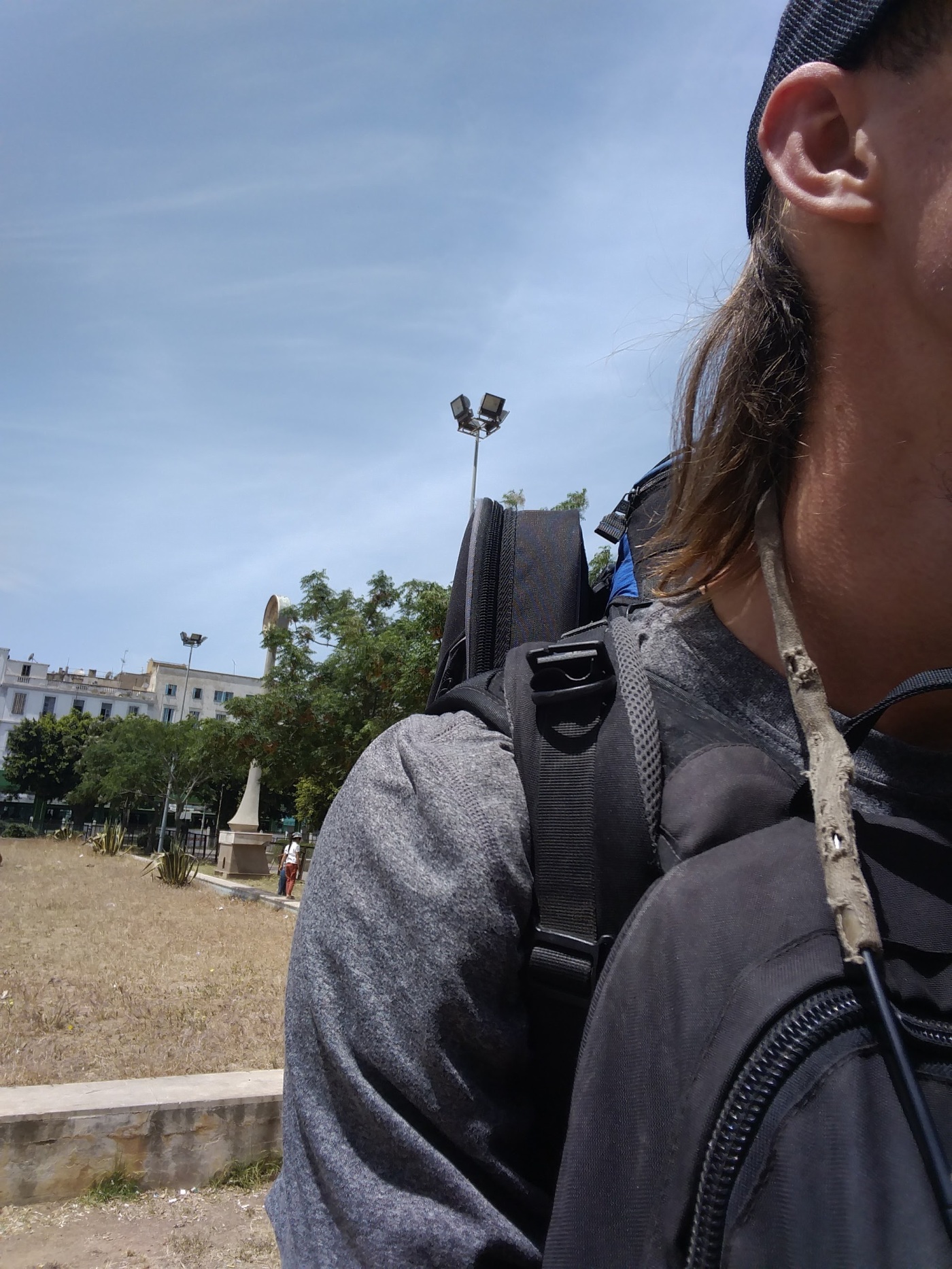 Ever since I was a little kid, I’ve always wanted to show up at the airport and be like “I’ll have the cheapest ticket to anywhere please.”

Yesterday, May 6th, I did that. And that’s why I’m in Tunisia right now.

Why yesterday? Here’s the timeline:

May 4 – I fly to Marseilles to visit my French girlfriend. She lives with her parents. I plan to stay for 2 weeks. I surprise her by playing my very own ukulele cover of “Somewhere over the Rainbow” that, weeks prior, she had mentioned she liked. Since I suck at both ukulele and singing, this took some practice.

May 5 – French girlfriend dumps me. On my birthday. She says her feelings faded when I didn’t skype her for 2 weeks. Fair enough. Although I do recall telling her that I was somewhat busy during those 2 weeks with work and then with attending my  grandmother’s funeral.

May 6 – My now ex-girlfriend drops me at Marseilles Airport and I wish her a speedy recovery from being a terrible person. I’m kidding of course. I said “Au revoir,” which roughly means “Goodbye forever”, and I walked into the airport.

Sidenote: Sorry to be a Debbie Downer with the breakup stuff. But I have to admit that was cathartic. I feel good typing this. Especially since I didn’t have anyone to talk to about the breakup, since she dumped me in France, and I don’t speak French, and now I’m alone in Tunisia, and I don’t speak Arabic, or French.

But enough about people who are dead to me. The point is, I walked into the Marseilles airport yesterday, May 6th, and I walked up to a few ticket counters and just asked for a cheap ticket anywhere. “Uhh… where to sir?” Like I said, anywhere. As in, not here. “When would you like to fly?” Um, how long does security take?

I talked to a few ticket counters. Air Algeria (Algeria), RyanAir (London was cheap), Vueling (Barcelona). The two nice ladies at Algerian Air were the most dumbfounded by my request. They were visibly relieved when we all realized I did not have the necessary visa, and they whispered to each other as I walked to the next airline.

Ultimately, I was deciding between Tunisia and Morocco. I chose Tunisia because the flight left sooner. Why Africa? Because in times of self-loathing and angst, it’s important to face your fears head on. Going to Africa without any planning, alone, was scary. But we mustn’t fear the unknown! I’m an American, the son of pioneers. And I knew 2 weeks later I would be alive and a happier person for having left my comfort zone. The Unknown would become the Known. I know Barcelona. It’s fucking awesome. Party hostels, topless beaches. And I speak Spanish. But in Tunisia I would learn about myself, about the culture, blah blah blah.

So now I’m in Tunisia, and I’m not sure why. There’s no backpacker scene. Alcohol is frowned upon by the majority Muslim population. The hotels can be cheap but not Southeast Asia cheap. Extramarital sex is illegal and punishable by like 3 years in prison. I literally cannot have a rebound here.

Anyway, my first night in Africa was mildly interesting. I change my money to Tunisian Dinar. I got a taxi from the airport to the hotel. The taxi driver did not know the hotel, so he dropped me off at The Medina (after trying to charge me 4 times what I knew to be the normal fare). No big deal – just literally an unending labrynth of white stucco alleys littered with cats picking their way through trash and the occasional Tunisian eyeballing me. With no internet, I was lost, so I asked people “Hotel?” until I found my way to this place: 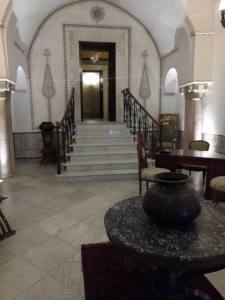 Which was cool except for the 250 Dinar price tag ($115 USD). But the manager was nice and spoke English and walked me a solid 5-10 minutes through the Labrynth to his friend’s hotel, which he said would be 110 Dinar, but turned out to be 110 USD. Classic tourism bait-and-switch. But did the American boy (freshly dumped, freshly in Africa, extremely lost in the Labrynth) succumb to the temptation of a nice soft bed for $110? No. For this American is cheap. Or dare I say poor.

So I got on the hotel’s wifi, found a hotel that was somewhat cheap and not in a David Bowie movie, and got directions out of the Medina. I emerged from the Labrynth to see this: 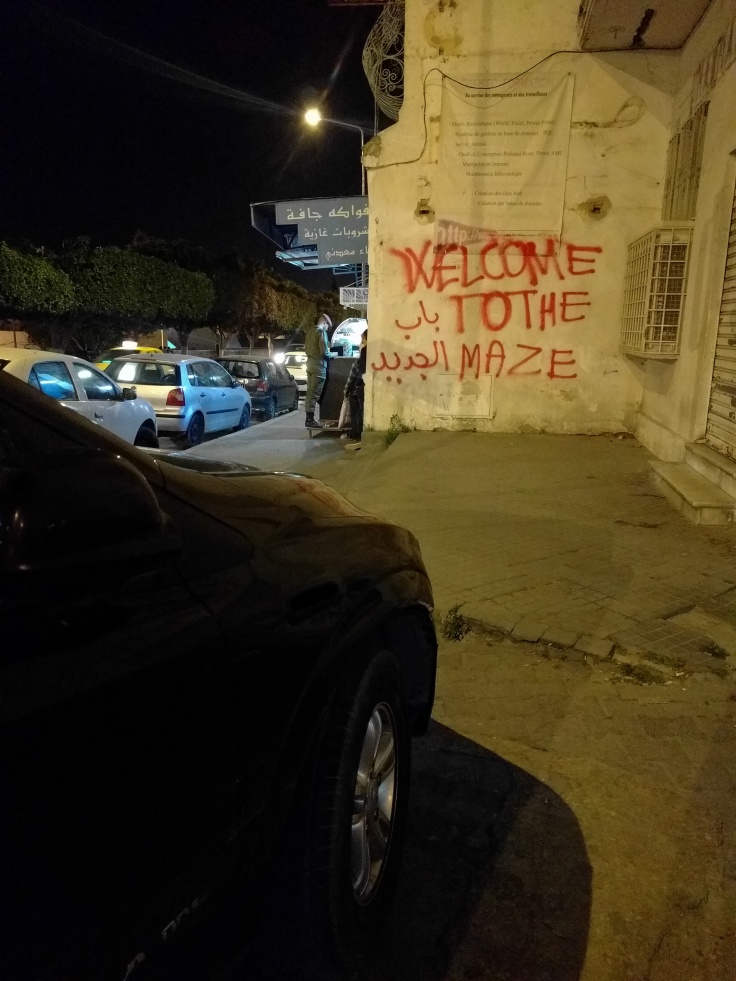 I hailed a taxi. About 1 min later, the driver screeched to a halt. I looked up from my phone. About 20 feet in front of me was was a taxi rolling backwards towards our taxi as a group of 7 or 8 men attempted to drag the driver from his taxi. MY taxi driver frantically switched into reverse, but just as quickly the taxi/mob ahead jerked to a stop. A police officer was protecting the driver from the mob. We watched on for a few seconds. Cars were beeping behind us. One of the men was gesturing frantically at the driver. As the police officer took control of the situation, the man turned to an elderly woman and comforted her, and she began sobbing in his arms. We pulled around slowly and continued on.

Now, THIS is what I expected Africa to be like. We continued on. My driver said something in French or Arabic. I grunted in agreement.

As we neared the destination, I started to feel like my driver was going in circles. Then he pulled over, said “Un moment,” made the universal hand gesture for “phone”, and got out of the car and walked away. Of course the meter was running. I got out too, yelled to him, pointed at the meter and made the universal hand gesture for “money” by rubbing my 3 fingers together. He simply made the same signal back at me and continued to walk away. Oh well. He came back in a minute. But then he drove past the street that the hotel was clearly on, so I said “Arret, s’il vout plait.” So he pulled over. He tried to charge me 40 Dinar when the meter said 8, and after haggling I gave him a 20 and he gave me some coins back, and I honestly didn’t bother to look at them in the light. I’m cheap, but sometimes I’m a pushover.

I walked the remaining 5 minutes to the hotel. It was nice. The room had a TV and a small balcony. I locked the door, took a shower, and stayed up til 3 am watching shitty TV, Googling how to take a taxi in Tunisia, ruminating about my now ex-girlfriend, and pondering what I was going to do in Africa for the next 11 days.