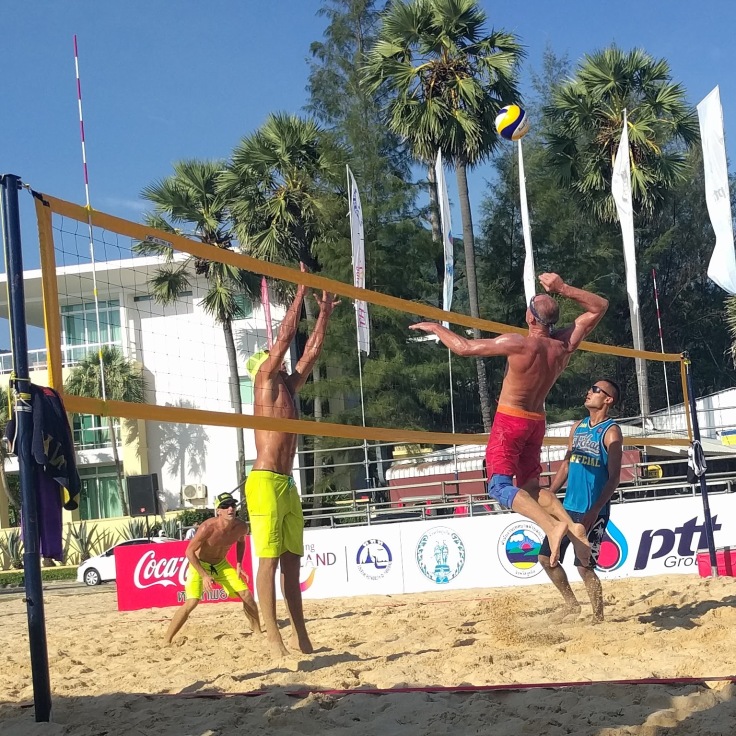 I didn’t go to Thailand looking to compete in a pro-am beach volleyball tournament, but that’s what happened.

Rewind to March, 2016. I’m in Malaysia, and I’m emailing my friend Sarah to inquire about visiting her and her fiancé Brad, who are spending a year in Chiang Mai, Thailand. Sarah mentions that she and Brad will be traveling down to Phuket for a beach volleyball tournament in early April. It’s a open tournament with a $50USD entry fee per person. Sarah and Brad already have two teammates for the 4v4 tournament, but I email the organizers and get a quick response that, yes, I can compete despite never having played beach volleyball, and they will pair me with another player for the 2v2 tournament.

I certainly embarrassed myself out there, but it could have been worse. I was paired with a Phillipino guy. He told me had once played for the Phillipino national team. I told him I once played varsity basketball.

After losing our first two matches, we were bounced from the round robin and therefore out of the tournament. However, we did enjoy a 6-4 lead in our first match before losing 21-9. So we stood a chance.

I had fun. My partner did not. But ultimately we’re both supporting the sport and building the beach volleyball community, and I didn’t get too worked up about it.

The best part of Phuket (aside from seeing my friends Sarah and Brad, of course) was the hostel I stayed in. Doolay Hostel. Cheap, chill, and located right across from the beach. Enough said.