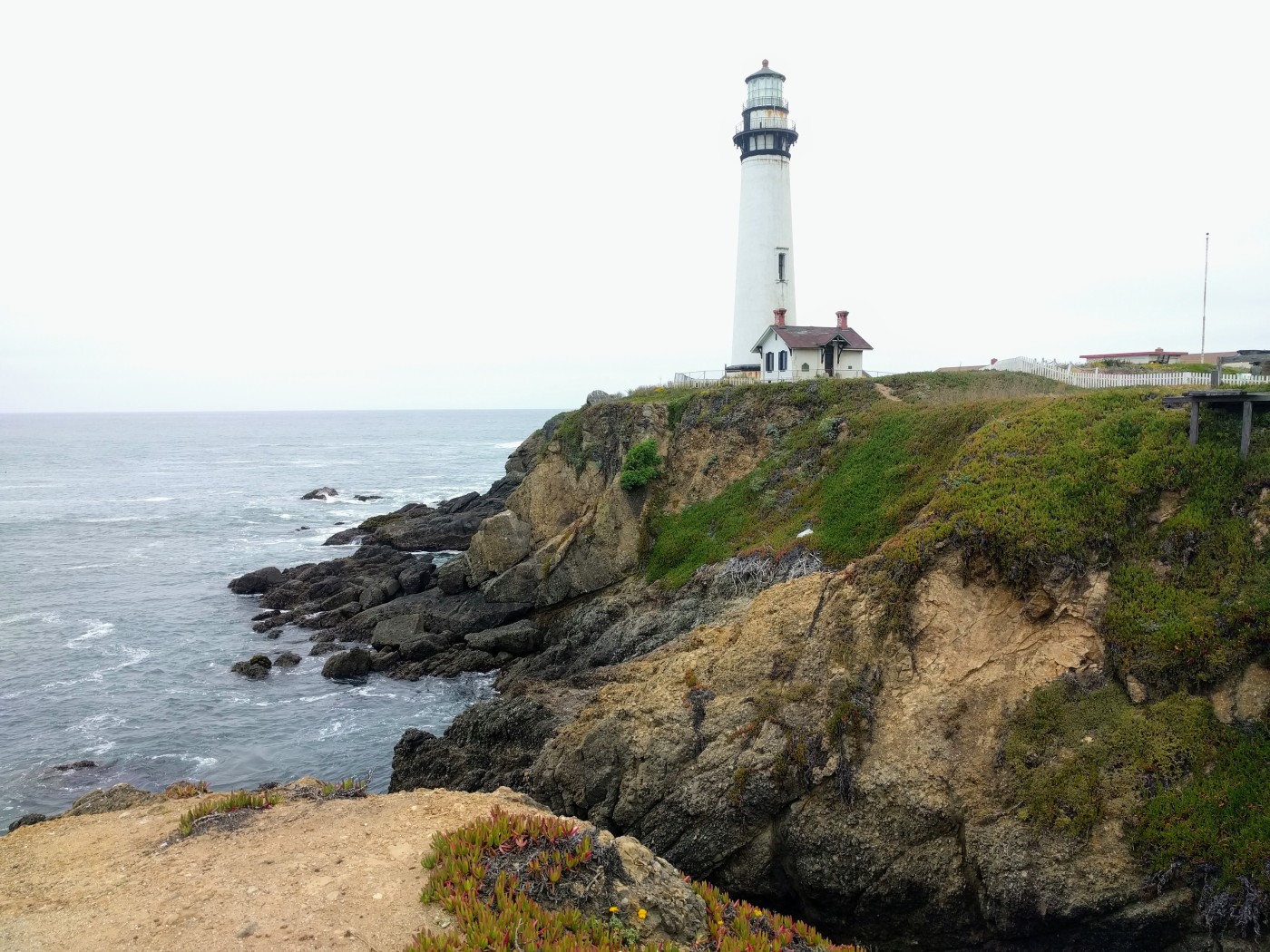 Imagine driving north along California’s Route 1 scenic highway. An hour south of San Francisco, you’re admiring the coastline when you see rocky promontory jutting into the Pacific, and from the tip of that promontory rises an old black and white lighthouse awash in fog. If you were to park in front of the lighthouse and south along the coast, you would see a tower of jagged, jet-black rock rising above the turbulent ocean that batters its base. This ebony spire is topped with pale white splatter (a product of the birds who perch atop it). You then might notice that the colors of this rock match the black and white of the barber’s pole lighthouse. Then again, you might be distracted by the beauty on top of the promontory itself. Native Californian ground cover is dotted with wildflowers. This little promontory is conservation land, in fact, and the information signs tell the history of the lighthouse — built in 1871, it remains the tallest lighthouse on the west coast of the US at 115 feet. Oh, and finally you would notice the row of barracks off to the side That’s the hostel. It has a hot tub. Welcome to Pigeon Point.

They should really pay me for this.

I checked in for 2 nights. At $33 for a bunk in a 6-bed room, Pigeon Point is not cheap by international hostel standards, but it does have a hot tub. The receptionist informed me that the hot tub was reservable by the hour for $10. I balked at the price. She looked at the existing reservations and told me a woman named Sandra had reserved the hot tub for 9pm but was looking to split it with someone. Naturally I looked around for the hidden camera filming this low-budget porno. But honestly I was exhausted from camping 2 weeks straight, and I chose sleep over mystery hot tub. 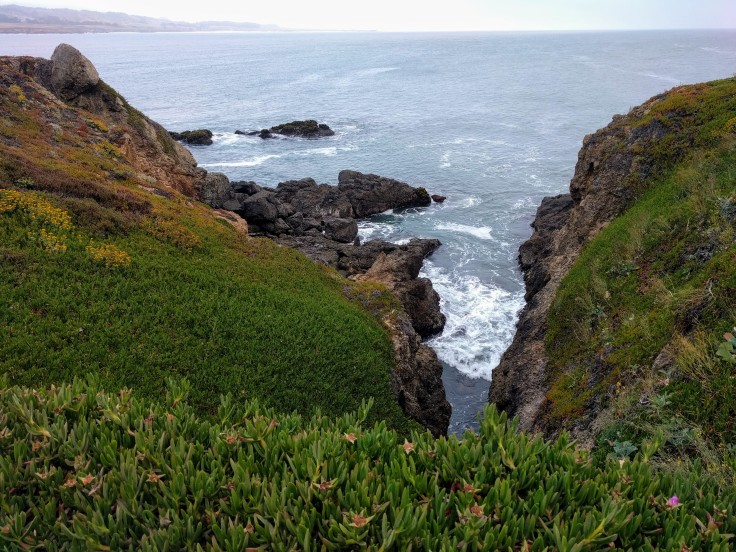 Each dorm house has a fully equipped kitchen and an adjacent living room, as well as a back patio with adirondack chairs. Which encourages the sort of funky and unpredictable socializing that happens when you put a bunch of international backpackers in the same house. But this hostel also had some nice, expensive private rooms, which can attract families. This can lead to hilarious circumstances. One morning I saw a note on the kitchen table inviting everyone to the kitchen for a surprise performance at 9pm that night. I wondered what it would be as I cooked breakfast surrounded by 10-year-olds. I didn’t show up at 9pm, but I heard it was a belly-dancing performance by one woman. Which is an interesting thing to surprise a house full of strangers with. I only hope the 10-year-olds caught a glimpse.

And of course I explored

This hostel is all about location, location, location. The next day I started walking south on Route 1, aiming to hitch or hike the 5 miles to Butano State Park. I caught a ride from a local outdoorsy guy who began taking me up Gazos Creek Road to the park, but as we drove and I asked for beta, he started gushing about a hike that essentially just continued up the road we were on until it turned to a dirt road, winding along a river called Old Woman’s Creek, and then a trail began and eventually rose into redwood territory and the nearby West Waddell Creek State Park.

I accepted his advice and he took me up Gazos Creek Road until we reached a road closure where the road had been entirely washed out due to river flooding (all of the Sierra Nevada is flooded af from high snowfall last winter). So I got out and continued up the road on foot, past the tractors and work crew busy rebuilding, past the occasional car coming downhill, past the gate next to the ominous summer camp sign, and up the dirt road as it continued along the river, which I think was called Old Woman’s Creek.

I continued for hours, and it was beautiful, and then I U-turned, not wanting to take a chance bushwhacking through the back country alone with just a daypack and a LifeStraw to keep me company. I passed the constructions workers as they were finishing for the day. I made it back to Pigeon Point by sundown.

Four more unique hostels from around the world coming next! 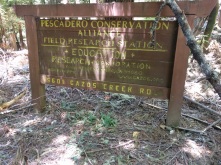 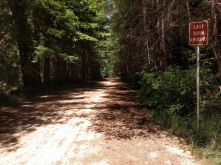 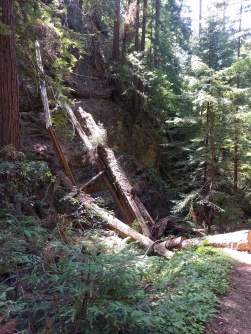 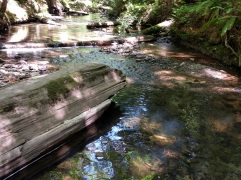