I’ve been on tour with Slothrust in Europe for the last week, and so yesterday I set a personal record when we passed through 5 countries in 1 day. The countries, in order, were England (UK), France, Belgium, Netherlands, and Germany.

The highlight was the ferry crossing from Dover, England to Calais, France. We drove aboard a Titanic-sized ship and walked up 3 flights of stairs to the back deck, which featured this view:

Landing in Calais 2 hours later we continued down the highway and couldn’t help but notice that the highway was strafed by two barbed wire fences on both sides of the highway, apparently to deter refugees from sneaking into England.

From Calais we continued into Belgium for about 2 hours, followed by a 10-minute Dutch sliver, and finally Germany.

Interestingly, we only submitted our passports once – before boarding the ferry on the coast of Dover.

This is Cologne, our final destination: 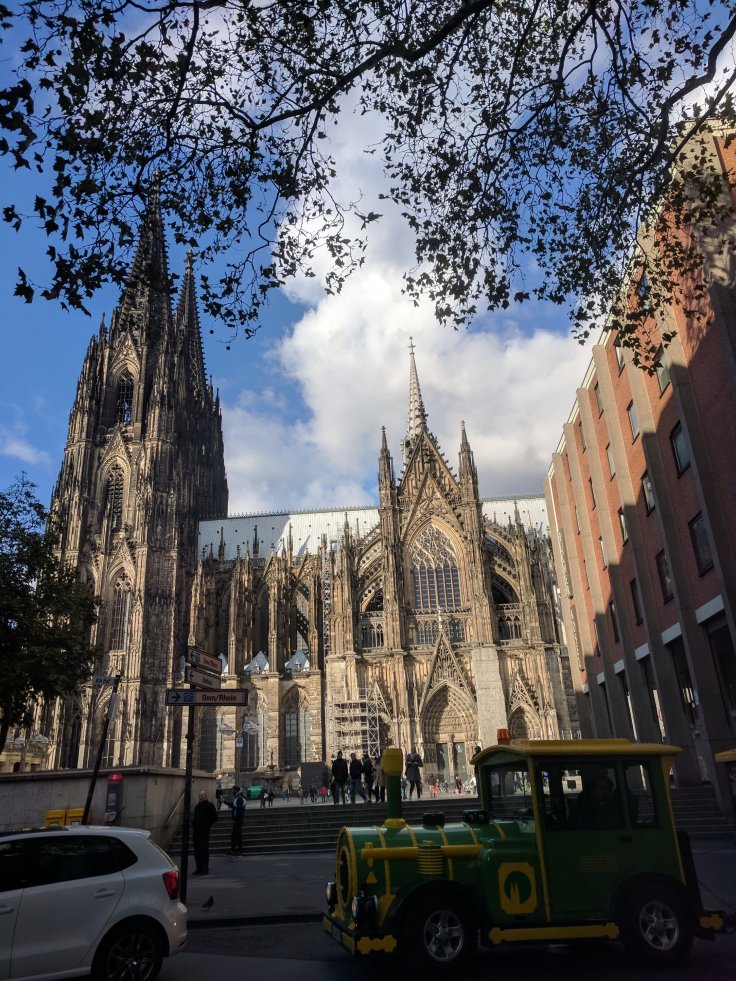