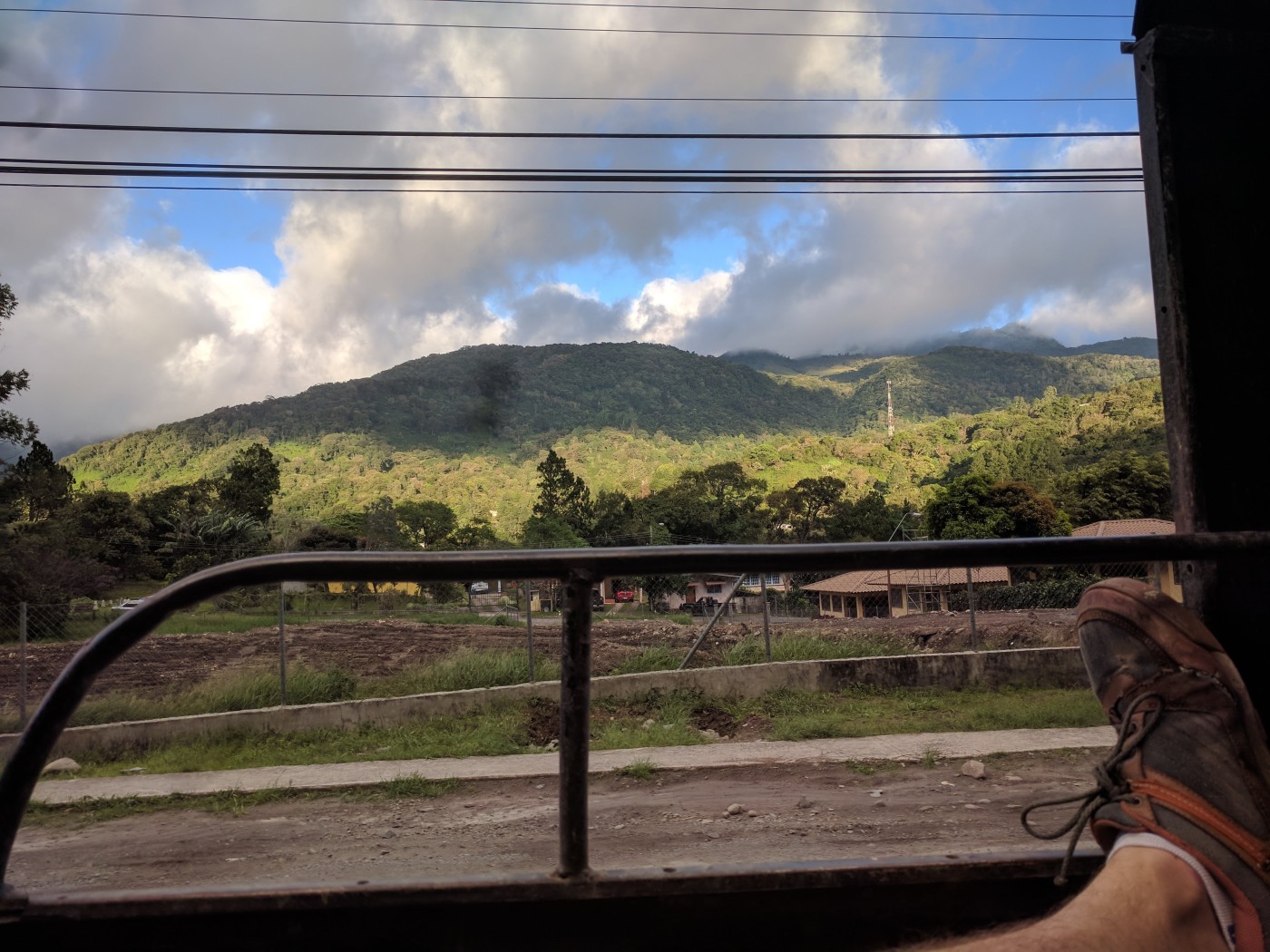 1. Boquete is the best place to hitchhike

In my 5 weeks in Boquete, I hitchhiked maybe 7 times, and 5 of those rides were from American expats. And I only had to wait 5 minutes, on average, to get a ride. No doubt, I benefited from my whiteness and the eagerness of these expats to converse with a fellow Gringo. I had some great conversations, and I got some insider information, including one man’s opinion on…

2. The Lost Dutch Girls of Panama

The Lost Girls of Panama were two Dutch women who went for a hike up the Pianista Trail in 2014 and never came back to Boquete. Their scattered remains were found many weeks later. Reading the available literature online, you would conclude that they got lost in the jungle, perhaps injured from a fall, and never emerged from the thick mountainous jungle. But foul play is suspected. And according to one expat who gave me a ride, investigators discovered some bone fragments that had clearly been sawed into pieces and doused with bleach. He claimed that a group of 5 or 6 indigenous Panamanians was likely to blame, and that they have all been forced to leave Panama in the years since the incident. It may seem like a conspiracy theory, but this is a fact: weeks after the bones were found, one of the girls’ backpacks appeared miraculously in one of the nearby indigenous villages – and the woman who found it swore it had not been there the previous day. The backpack had the girls’ phone, passport, wallet, etc. So yes, clearly someone who had possession of the backpack had decided to return it anonymously.

Or simply consider the extreme negative impact that the Lost Dutch Girls had on Panamanian tourism. And my experience with Panamanian tourism and government officials is that they will lie in order to maintain a positive image of Panama. Is it possible that the medical examiner lied in his report on the bones, omitting the part about bleach and sawed-off edges? Regardless, Boqueteños today continue to handle this tragedy in a childish manner. They discourage anyone from even hiking the first few miles of the Pianista Trail, which is the most beautiful trail in all of Boquete, Volcano Trail included.

3. You can hitchhike into Costa Rica

Yesterday I crossed the border into Costa Rica at Paso Canoas. After immigration I walked out to the road and within 3 minutes got picked up by a Costa Rican who had just driven into Panama briefly to fill his car up with cheaper gas. He took me to Ciudad Neily, where you can catch a bus all the way to San Jose. But then you could also catch the same bus from the border. I never said hitchhiking was efficient.

4. Hitchhiking is not dangerous

Just kidding – I already knew that.

5. It is illegal to ride in the back of pickup trucks

That’s all for now. Enjoy this picture of a car-garden in Boquete. 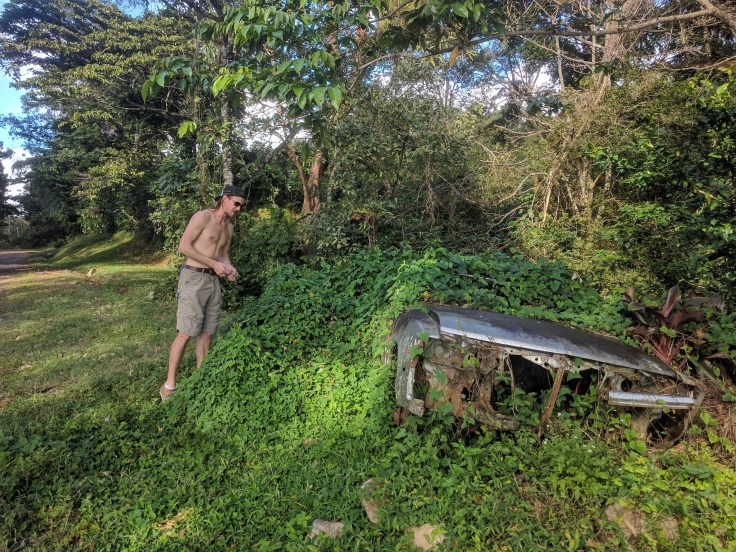